I will give you one of user’s review as below.
” The prepaid contract points out (if you read it) that the data rate is limited to 5 Mbit/s which is actually done in practice. For some things that would have been too little, but I’ve been using it for streaming Netflix on the PC several times during the week without any problems. In total I consumed around 8 GB of data during the time and I didn’t use a any other Wi-Fi than the tethering hotspot of my phone. Also, my German network operator based VoWifi service and Skype video calls worked perfectly.”

Well, let’s get down to 5Mbps Internet speeds.
5 Mbps internet provides download speeds at 5 megabits/second and upload speeds up to 0.5 megabits/second.
This speed is ideal for businesses with 1 ~ 2 users, as more traffic may slow the connection down. 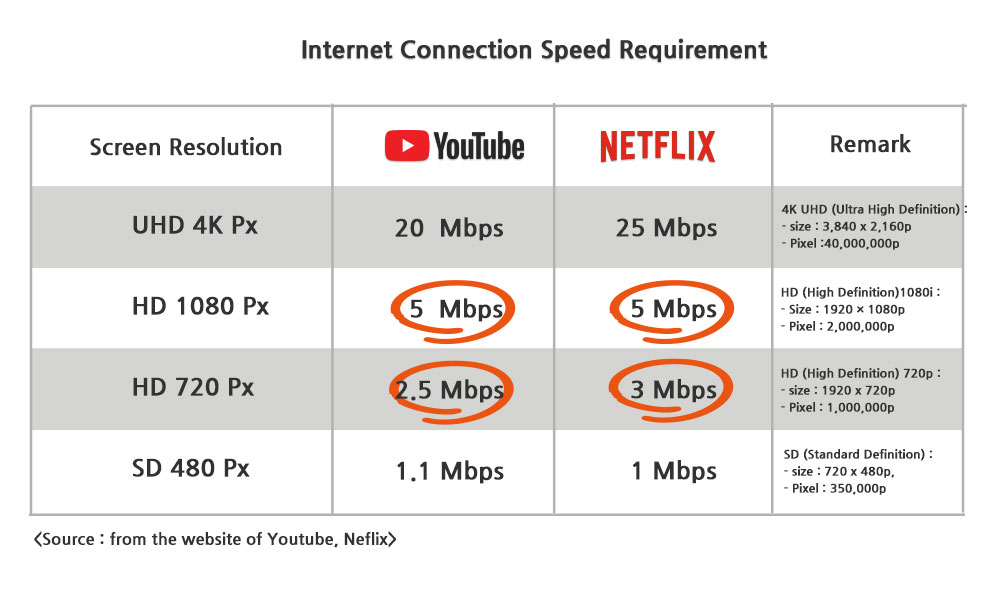 For example, according to Skype both 3Mbps and 5Mbps connections are more than fast enough for a one-on-one video call,
and a group call with five people would work with a 3Mbps connection.
If you use the internet just for general web surfing, emailing and social media you won’t need much more than 1 Mbps.

If all you’re downloading is a simple document, then 3Mbps to 5Mbps speeds should be enough.
3Mbps connection can transfer a 50KB word processing file in approximately 0.13 seconds.
5Mbps connection takes 0.08 seconds.

We're not around right now. But you can send us an email and we'll get back to you, asap.